The crows and seagulls on the roof on the van made enough noise that I thought I was having my own Alice In Wonderland moment. Wake up in an alternative universe where birds are as big as people.

What else was out there?

“Why, sometimes I’ve believed as many as six impossible things before breakfast.”
― Lewis Carroll, Alice in Wonderland

I thought I should check so I poked my toque-d head out from the comforter and the rated -30 sleeping bag. I am on central Vancouver Island and it is February. Solo-dog, my trusty co-pilot, better looking and more dignified than Dorothy’s Toto, looked with question and some degree of paranoia upward.

I pull the insulating reflectix off the window but can’t see anything through the cover of frost. I force myself to leave my bed. I am in the same fleece clothing that I wore yesterday that seemed like an appropriate choice of pajamas when we parked at 10 pm the night before. There is no-one here to impress. I don’t even consider putting on fresh ones until the van has been running for several minutes with the heater blowing and the propane burner that is heating the water for tea has taken the bite out of the air. The ice on the windows breaks and slides like the Yukon River in spring thaw.

I can see normal sized coots, ducks and gulls in the water beyond the beach. The chaotically storm piled driftwood is dressed with white whiskers of frost and low and behold not a rain cloud in sight. I can hear the baritone bark that travels up the straight of sea lions out of sight. The dark hump of Denman Island is back-lit by the rising sun and there is already some human action down at the boat ramp. 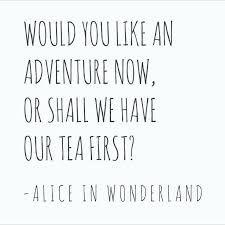 There is nothing like a cup of steaming tea to wrap chilled fingers around.

There is no giant birds, mad-hatters or talking rabbits, but a wonderland none-the-less. 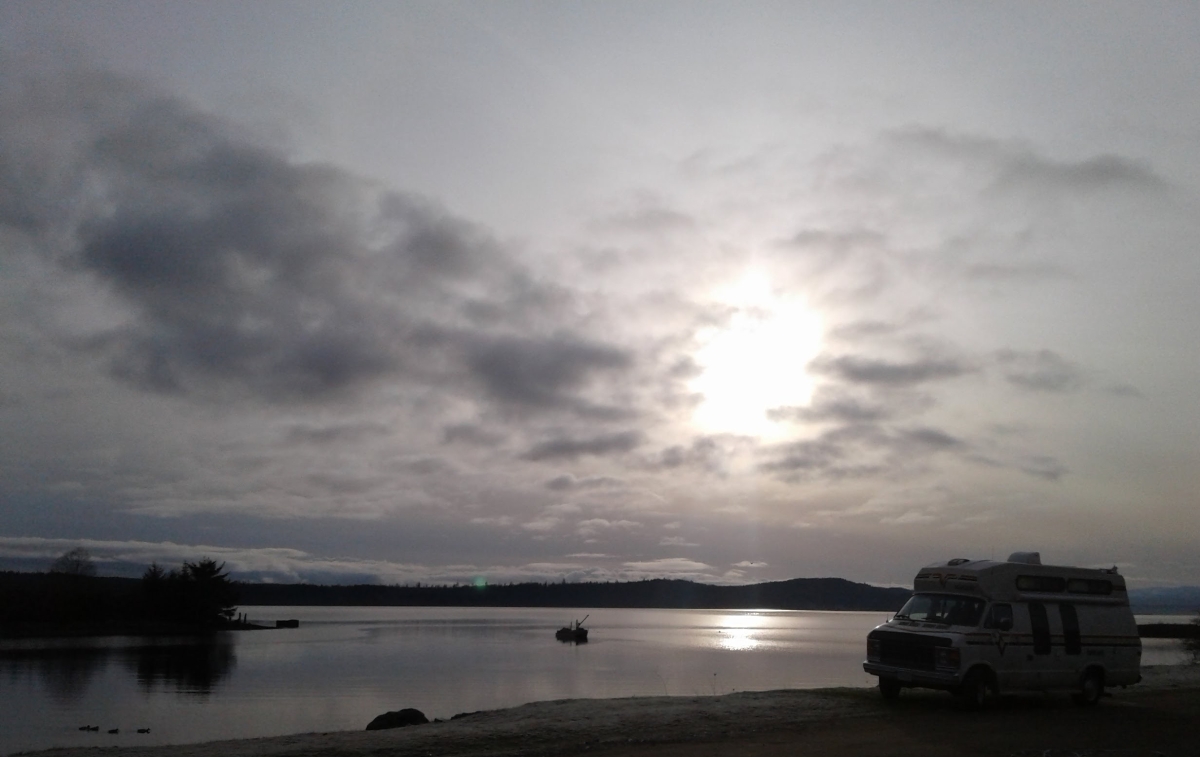 Thanks for reading, liking and sharing and especially a comment.            Coranne Creswell

Wish I Were Here

Journeys Through Place and Time

Sweetgrass in the Wind