I had a Honda Shadow 750 cruiser for a few years. It replaced the horse and was the precursor to the van life I’m trying to lead. Spending  my weekends doing yard work by myself had far less appeal once I had the bike. To get over my feeling of being a novice newbie I packed a few things into leather saddle bags, strapped on a tent with bungie cords, drove onto a ferry and headed into the interior for a week of camping.

You aren’t actually going to wear a black leather jacket, are you mom?

I lie. I DID want to get more experience but really, when I was on my bike I was wearing a super hero cape and had the power to ascend to other mythical enchanted places. I was Harry Potter escaping the muggles for Hogwarts, off to meet like minded magical wizards on wheels. That was really what I was going for. Years later it is the same  with my van; super cape and a good set of tires, the stuff of fairy tales.

I belong to a Facebook page  membered by van dwellers, specifically female ones. It feels like a secret society. How to stealth camp, set up a shower, and solar panels.  The sisterhood shares practical information  and encouragement to the challenge of the life. How to stay warm, cool, connected, clean and safe and sometimes some well intended  but unqualified medical advice.  We have things in common and things not, like family, only you haven’t met. We brainstorm ways to make it sustainable, and how to be safe. Because we are women we pay attention to being safe, safe and prepared.

Someone asked what other women carried in their vans for self defense. Its a concern I struggle with. I er on the side of an attack being unlikely and  have made long term friends by being open. Otherwise why do this. The site has international membership.  Women to the south of us said machetes, knives, pistols, shotguns all within arms reach. Someone posted a photo of a Sabre 3-in-1 Defense spray plus Vipertek stun gun. And don’t leave home without a Plastic serated edge talon you wear on your finger, $12 bucks! Many have dogs. I wouldn’t want to mess with these women. An Australian woman said she has bug spray as the mossies were  the only thing she worried about. I’m from Canada. I have a bear horn, for bears.

There is a campground run by the 1st Nations people of Hope BC that sits right where the mammoth force of the Fraser river spreads itself before making a north turn where it is funneled into narrow canyons. Right below the the campground it boils with silty brown delta mud. Really spectacular Canadian scenery. I was camped there on my last night of the bike trip, sufficiently broken in. There was a lot of bugs on the windshield and my red bandanna  had found a practical use of protecting my face from sun. I was bone tired from navigating the inclines of high mountain passes, the Coquihala, no less. Every afternoon the wind comes up at this confluence of canyons that turn back into the Coastal range and onto the Rockies from the delta that flattens out to the coast. My tent was pitched and weighted with rocks and my bike was parked where I could admire it in the sun.

A grasshopper lean  man in his 20’s, wrap around shades and brilliant green tight fitting clothes coasted in on a bike, one powered by his own legs. A hello led to a whole evening at the picnic table with Apollo from California. He was back for a third year to cycle the last section of California to the Yukon. “RVers are the best!” He told me about doing this crazy hard climb and half way up being invited by RVers on the side of the road for hamburgers. Never had a burger tasted so good.  He told me about sharing fresh salmon with a a 1st nations food fisherman. He brought pastries and I got my trail mix. He said he always packs something to share. 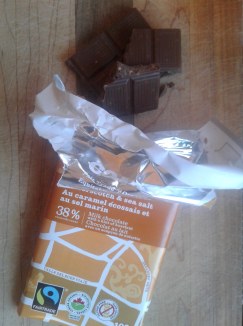 So here is the thing. We are vulnerable but I have to decide if the henchmen of negative possibilities are going to keep me from meeting green grasshopper men riding past and what the cost is of not hearing the stories. I don’t want to be steered by fear because it will stuff me into the back seat and take over the driving. I’m not handing over the keys. Of course there is a “yes but…” answer to this.

What does a 20 something man on a bicycle from San Francisco have to talk about with a 50 year old woman on a cruiser. Lots apparently. Enough. And 10 years later I am writing about it. I’ve have been carrying chocolate to share ever since though its best to get there early before I run out.

Wish I Were Here

Journeys Through Place and Time

Sweetgrass in the Wind